Gunnlaugson finished 4-1 in the 25 team Medicine Hat Charity Classic qualifying round, held October 18 - 21, 2019 at the Medicine Hat Curling Club in , Canada. In their opening game, Gunnlaugson defeated Josh Heidt (Kerrobert Curling Club, SK) 8-6, then won 6-3 against Jamie King (Edmonton, AB) to advance to a A-Qualifier game where they lost 6-4 against Sturmay. Gunnlaugson responded with a 7-2 win over Kody Hartung (Langenbug, SK) to advance to the B-Qualifier where they 5-2 against Ted Appelman (Edmonton, AB) to advance to the playoff round. in their final qualifying round match.

With their runner-up finish at the Medicine Hat Charity Classic, Gunnlaugson take home 34.086 world rankings points along with the $6,000CDN prize. Gunnlaugson move up 2 spots after posting a net gain of 14.584 points improving upon their best 4 results so far this season, ranking 15th overall with 265.450 total points on the World Ranking Standings. Gunnlaugson ranks 5th overall on the Year-to-Date rankings with 109.428 points earned so far this season. 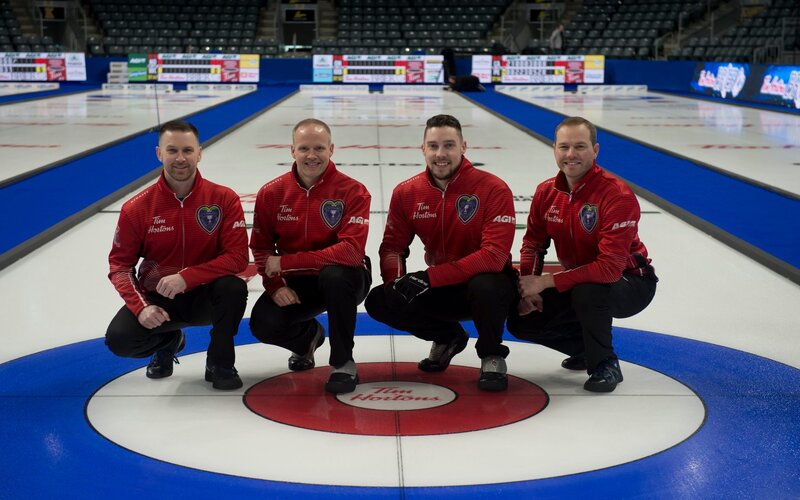 Team Gushue (photo: Curling Canada) is set to defend their Brier title this week in Calgary.