Joanisse finished 3-0 in the 14 team Hub International Crown of Curling qualifying round, held October 14 - 17, 2016 at the Kamloops Curling Club in Kamloops, Canada. In their opening game, Joanisse defeated Cody Tanaka (Delta , BC) 7-1, then won 6-4 against Tyler Tardi (Langley, BC) and 6-3 against Glen Jackson (Victoria, BC) in their final qualifying round match. 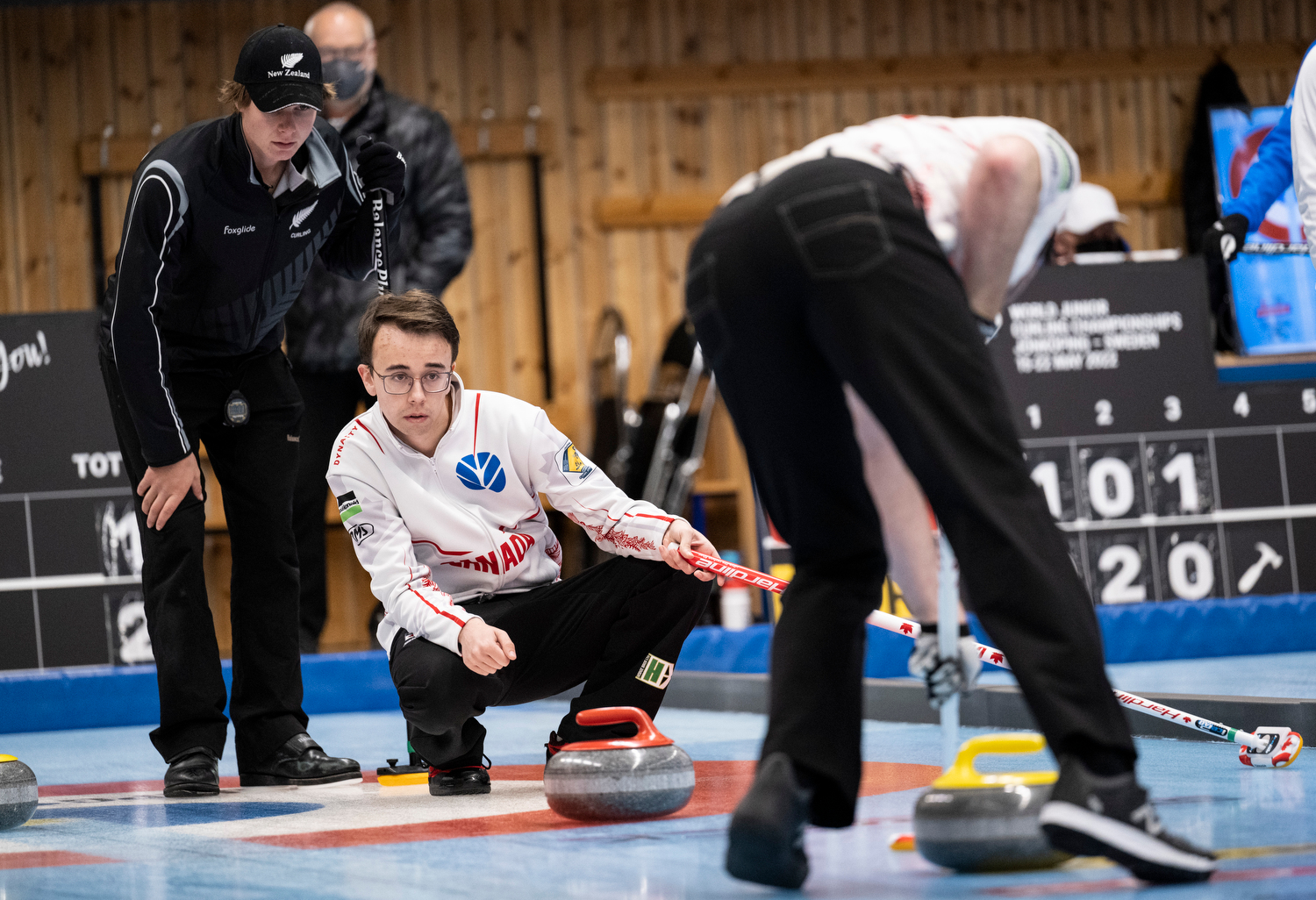 Canada's Team Purcell (Picture: WCF) split the day on Tuesday at the World Junior Curling Championships, picking up a win against New Zealand before falling to Switzerland.